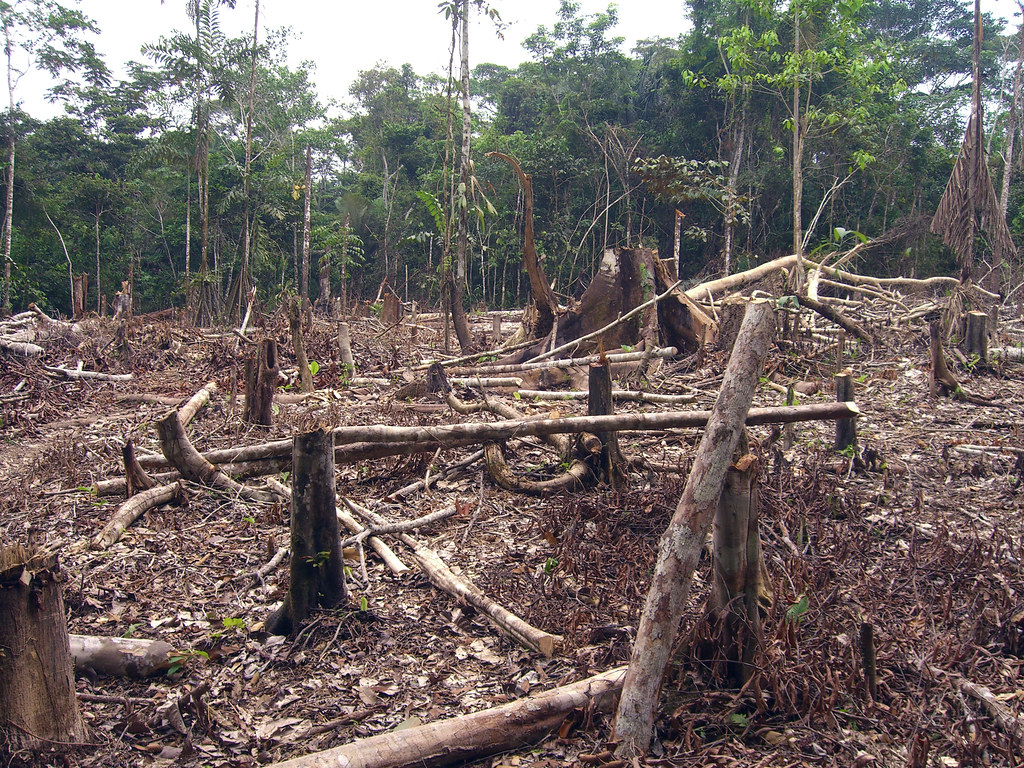 The systematic and continued removal of trees and bushes from an area of land.

Deforestation is the change of a forest to some other type of land by cutting the trees and other plants. One possible motivation is to use the trees for building materials or for fuel. Alternatively, the cleared land can be used for agriculture or human settlements.

It is believed that deforestation, resulting from mainly human activity, has occurred for at least 40,000 years, although it can also have natural causes such as fires. The amount of deforestation has been accelerating with human population growth. It has spread to most regions of the world particularly since the industrial revolution.

Deforestation is a contributor to anthropogenic climate change.

Because forests have lower albedo than most other types of land, deforestation can lead to local and short term cooling. The long term effect of deforestation is more likely one of global warming because forests function as carbon sinks. When forests are removed and the wood is burned extra CO2 is released in the atmosphere. Furthermore, the lack of tree and plant growth means that less carbon will be removed from the atmosphere through photosynthesis.

Deforestation also reduces the amount of carbon that can be stored in soil, and it results directly in a decline in biodiversity because habitat is destroyed.