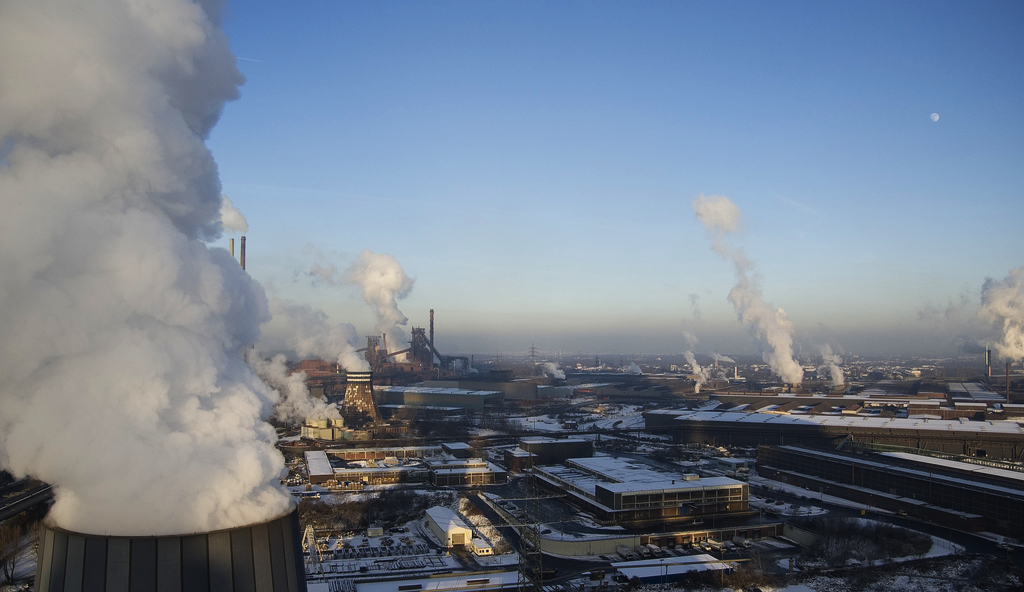 Gas in the atmosphere that prevents the Earth's heat radiation from escaping into space.

Some of the sunlight that hits the surface of Earth is released back into the atmosphere as infrared radiation (heat). The greenhouse gases absorb this long-wave radiation, slowing the loss of heat into space.

The Earth's atmosphere contains several greenhouse gases. The most abundant are water vapor, carbon dioxide, methane and ozone. They all form a natural part of the atmosphere, but some are also added through human activities. In addition, there are human-made chemicals that act as greenhouse gases, for example chlorofluorocarbons (CFCs).

Although greenhouse gases only make up a small proportion of the atmosphere (less than 1 percent), they are important for the climate on Earth. Without the greenhouse effect the Earth would be about 33 degrees Celsius colder, too cold for most of the living organisms on the planet today.

Water vapor contributes the most to the natural greenhouse effect, while carbon dioxide is the most important anthropogenic, man-made, greenhouse gas.

Humans increase the atmospheric content of carbon dioxide by burning fossil fuels (oil, coal, and natural gas), deforestation, and through other activities.

By analyzing ice cores, climatologist are able to compare the concentration of greenhouse gases of today's atmosphere with that of past climates going back hundreds of thousands of years.

The results show that the concentration of greenhouse gases in the atmosphere has increased substantially since the industrial revolution (1750-) as a result of human activities. According to the latest report from the United Nations Climate Panel (IPCC), it is very likely that this increase in man-made greenhouse gases has caused the increase in global average temperature, i.e. global warming.