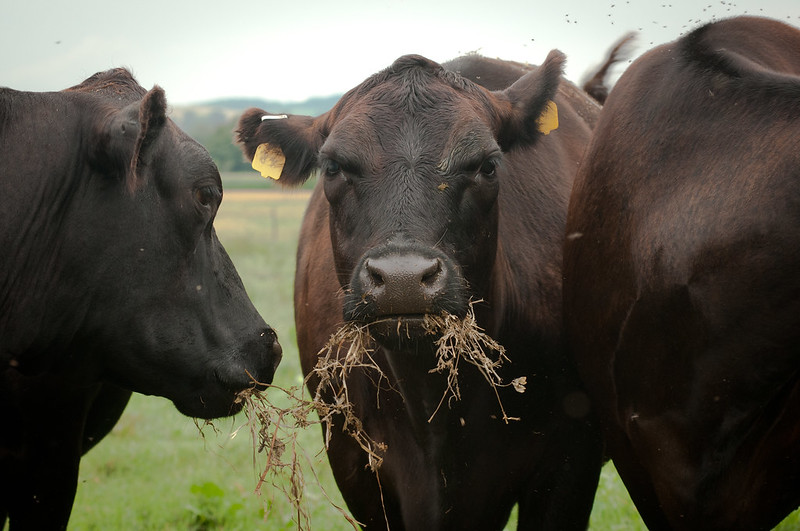 A greenhouse gas produced both naturally and by humans. Chemical formula: CH4.

Ice core analyzes have shown that currently the concentration of methane in the atmosphere is more than twice as high as before the industrialization. It is very likely that the increase is anthropogenic, i.e. caused by human activities.

The global warming potential of methane is significantly higher than that of CO2, but it is present in much smaller amounts in the atmosphere.

Wetlands are the largest source of naturally produced methane. In these areas the soil is waterlogged, saturated with water, and the oxygen concentration is very low or zero. The breakdown of organic material is carried out by microorganisms, methanogens, which produce methane as a byproduct. Other significant natural methane sources include methane produced by the digestion of termites, and release from processes in the oceans.

Human production of methane exceeds the natural production. There is a substantial loss of methane gas during the extraction and production of natural gas, oil and coal. Livestock production also produces significant amounts of methane. Cattle and other ruminants produce methane gas directly as part of their digestive process, but methane gas is also released from manure. Other anthropogenic methane sources include waste treatment, rice fields, and burning of biomass.

Because methane is a very potent greenhouse gas, this could lead to a positive feedback mechanism with an acceleration of global warming.

A similar concern exists regarding the possible melting of permafrost in the arctic and subarctic. Here the breakdown of organic material is slowed or halted by the permafrost, but could increase considerably should temperatures increase enough to melt the permafrost. In waterlogged areas this could lead to large amounts of methane gas being released.