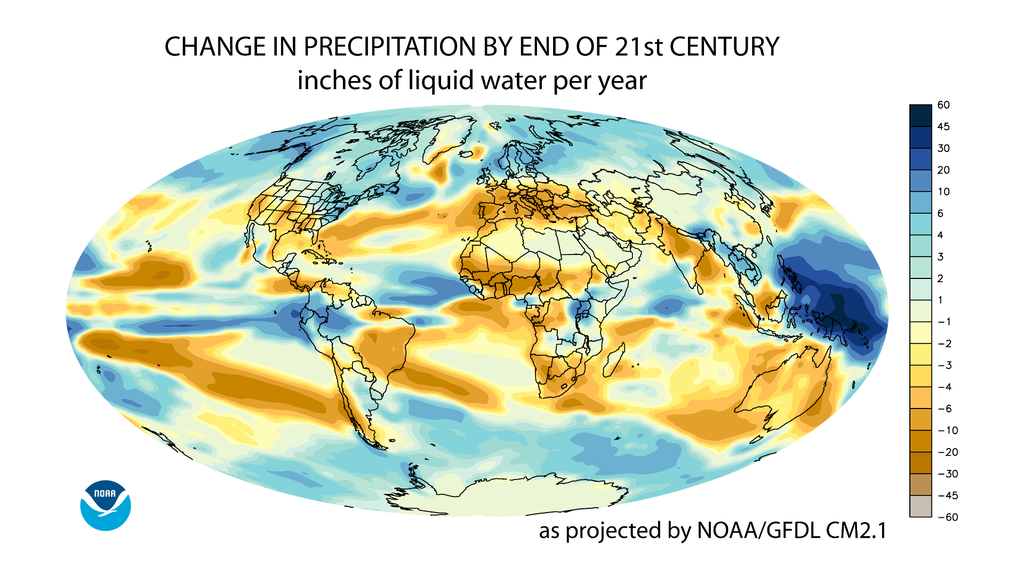 A mathematical representation of the interaction between a planet's atmosphere and its surface.

Climate models use quantitative methods to simulate the interactions of the atmosphere, land surface, oceans and ice. They are used for many purposes from study of the dynamics of the weather and climate system to predictions of future climate.

There are many different types of climate models. The simplest climate models balance incoming energy as mostly visible electromagnetic radiation to the Earth with outgoing energy as heat radiation or reflected sunlight from the Earth. If more energy enters Earth and less leaves then the temperature rises. If more energy leaves than enters then temperatures will fall.

Better, more modern, climate models are able to realistically simulate more aspects of climate. Some take into account pressures and the movement of water masses in the ocean.

Climate models also vary in their resolution. The resolution is the number of data points. Each location on the globe where data comes from corresponds to one data point. Some models have a few thousand datapoints others have millions. With a higher resolution more computer power and longer time is needed to get results from the data. The higher the resolution the more closely a model will be able to simulate reality, but there will always be uncertainties involved.

Climate models are used to predict future climate and climate changes, and to study many dynamics of climate in climatology.

In the context of climate change the most important models are those that relates temperature to emissions of carbon dioxide. They are called general circulation models.