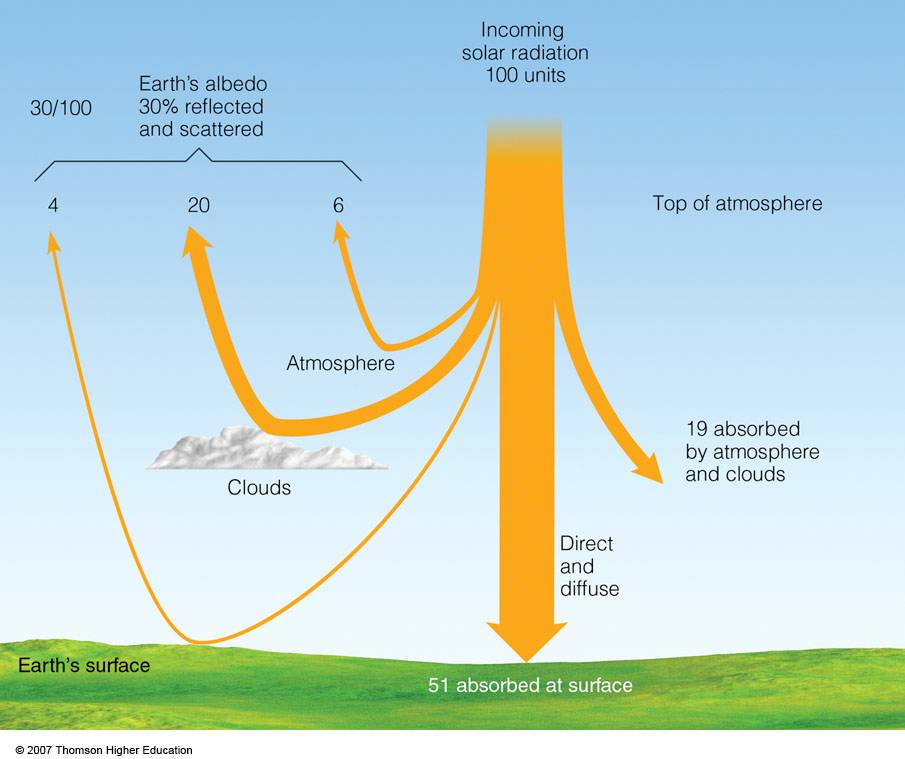 When Solar radiation is transformed into heat in the lower atmosphere and on the surface.

Absorption at the Earth's surface is important for the climate and temperature. Incoming radiation from the Sun passes through the atmosphere and is changed from a short wavelength into longer wavelengths, i.e. heat, when it is absorbed at the surface of the planet. This then heats the atmosphere from below.

Apart from regulating the temperature in the lower atmosphere, absorption at the Earth's surface also controls the temperature of the crust and the oceans' surface waters.

Because global warming and human activities change the relation between albedo (diffuse reflection) and absorption there is a potential for positive feedback and further warming.

Absorption, furthermore, takes place during photosynthesis in plants and algae, but here some of the energy from the sunlight is converted into chemical energy instead of heat.