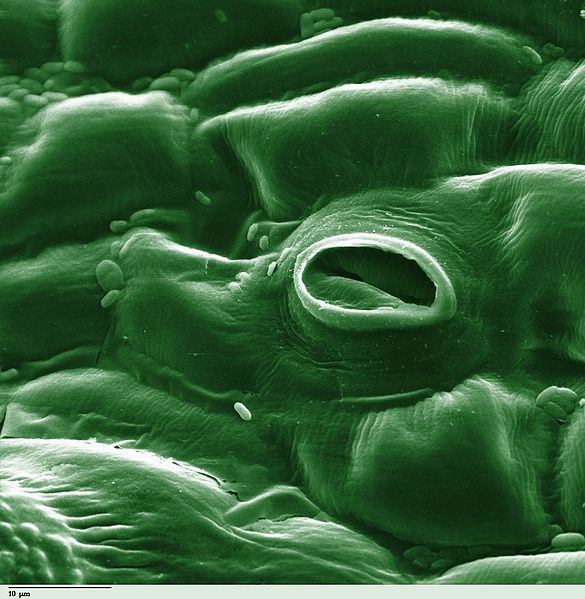 The sum of evaporation and plant transpiration, which add water vapor to the atmosphere.

Evapotranspiration is part of the water cycle, in which the water on Earth moves through a series of states and steps in an endless cycle.

Transpiration is the evaporation of water from plants, especially the leaves. The plants evaporate water, transpire, through tiny openings in their leaves called stomata. Some water is lost through these openings accidentally, when they are opened to let in carbon dioxide for photosynthesis. But plants also transpire water intentionally from the stomata to cool off, and to enable the transport of minerals and water from roots to shoots.

A leaf will transpire its own weight in water many times during a growing season, and a whole tree can transpire many thousand liters of water a year. The amount of water transpired by the plants depends on a number of factors including temperature, water availability, humidity, wind and of course the characteristics of the particular plant species.

The amount of water that evaporates from the ground depends mainly on the availability of energy from solar radiation to vaporize the water. If the ground is shaded by vegetation, evaporation is reduced.

Evapotranspiration varies with latitude, season, time of day, wind, and cloud cover. Generally, the potential evapotranspiration is greater close to the equator, since more energy for vaporizing water is available from solar radiation.

Water vapor is an important part of the natural greenhouse effect.