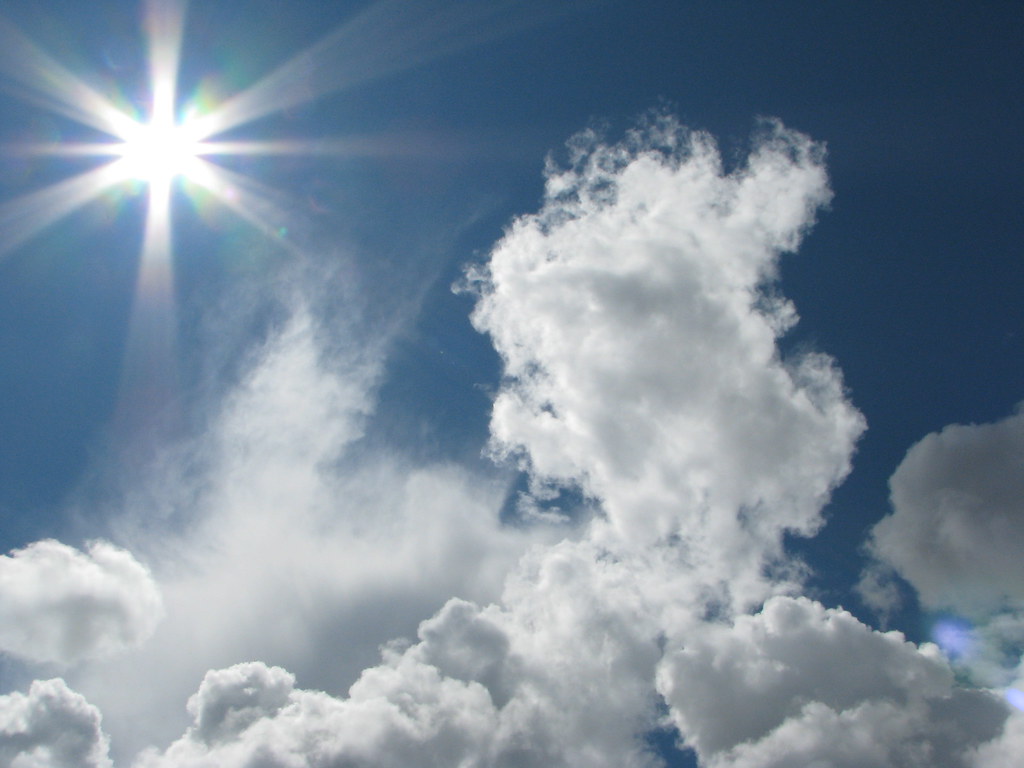 Whether the feedback will be positive or negative depends on the kind of clouds created by the process. Most of the time more clouds will lead to a colder climate, because of cloud albedo.

The negative feedback works like this: An increase in surface temperature increases evaporation leading to more cloud formation. More clouds reduce the amount of sunligt reaching the Earth´s surface because the clouds reflect the sunligt back into space. Then surface temperature will fall again. This effect is mostly associated with low hanging clouds.

The positive feedback effect is asscoiated with higher hanging clouds that do not block incoming sunlight. Then the increased water vapor content, caused by a higher surface temperature evaporating more water, will lead to higher temperatures. This is because water vapor functions as a greenhouse gas and stops heat from escaping the atmosphere into space. This temperature increase will then lead to even more evaporation in a circular fashion.

The two feedback effects could balance out each other, but there is not much knowledge yet about the relative importance of the two and how the balance between them will be influenced by climate change.