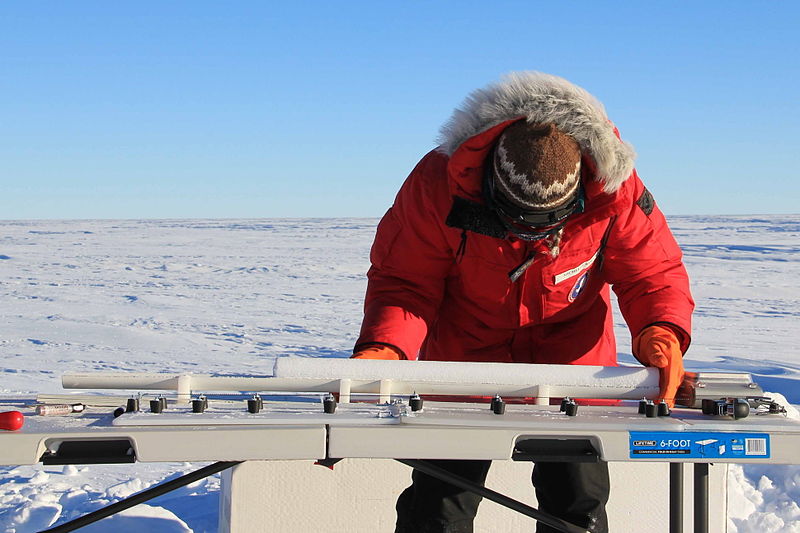 A project with the objective of getting information about past climates by collecting an ice core from the Greenland Ice Sheet.

Ice cores can provide scientists with a lot of information about past climates. The ice sheet is formed by accumulation and compression of snow. Within the compressed snow is a range of traces of the atmosphere at the time the snow fell. This includes dust, volcanic ash and air bubbles containing atmospheric gases. It is also possible to construct a temperature record by analyzing the composition of the water molecules in the ice.

A 100,000 years record of the climate has been constructed from the Greenland ice core. This shows that the interglacial (warm) period, in which we are living, has been remarkably stable, and that rapid climate changes occurred during the last glacial (cold) period.

The project was organized through the European Science Foundation and funded by 8 countries and the European Union. The core is now stored at the University of Copenhagen, Denmark.